The internet was abuzz this February. It was Black History Month and people were coming out of the woodwork to support it. This month I haven’t seen a peep of anyone celebrating March’s cultural history month delegation. I am a feminist. I believe that women can do anything men can do and are equal to men in every way shape and form. Keeping this in mind let’s remind everyone that March is Women’s History Month.

March 8 is the greatest day of the year. It just so happens to be International Women’s Day as well as the sharing the glory of being the day that the world first viewed Justin Schleider!

It began in New York City on March 8, 1857, when female textile workers marched in protest of unfair working conditions and unequal rights for women. It was one of the first organized strikes by working women, during which they called for a shorter work day and decent wages. Also on March 8, in 1908, women workers in the needle trades marched through New York City’s Lower East Side to protest child labor, sweatshop working conditions, and demand women’s suffrage. Beginning in 1910, March 8 became annually observed as International Women’s Day. Women’s History Week was instituted in 1978 in an effort to begin adding women’s history into educational curricula. In 1987, the National Women’s History Project successfully petitioned Congress to include all of March as a celebration of the economic, political and social contributions of women. link

My question is what are you going to do to celebrate Women’s History Month? One idea in physical education is to teach the students Netball.

England in 1895, ladies using broomsticks for posts and wet paper bags for   baskets played the basketball game on grass. Their long skirts, bustle backs, nipped waists and button up shoes impeded running and their leg-of-mutton   sleeves restricted arm movement making dribbling and long passes difficult. The ladies decided to adapt the game to accommodate these restrictions.

If you want more help in how to play netball ask Andy Milne or Jo Bailey. Both are great resources for the game.

On a closing note, some of my PLN wants to keep Black History Month rolling into March. As I understand it, the idea is that black history is American History and there is a need to teach this all year round. I have no problem with that as long as we are celebrating Women’s History Month as well. One idea I came up with is teach about black women’s role in history. Your biggest problem will be to figure out who to highlight! You cannot possibly look at black historically important times without seeing black women at the forefront. A good place to start is with Ellen Johnson Sirleaf or Heddy Lamarr.

It is safe to say that no matter who you are a woman is the reason you are reading this right now. Let’s celebrate them and continue to push for equality between genders.

Q1: who is your favorite woman in history? Why? #slowchatpe

Q2: How do you ensure that you treat boys & girls equally?#slowchatpe

Q3: What role do we have in specifically encouraging girls? #slowchatpe

Q4: Do you believe that classes should be seperated by gender? #slowchatpe

Q5: What will you be doing to celebrate Women’s History Month? #slowchatpe 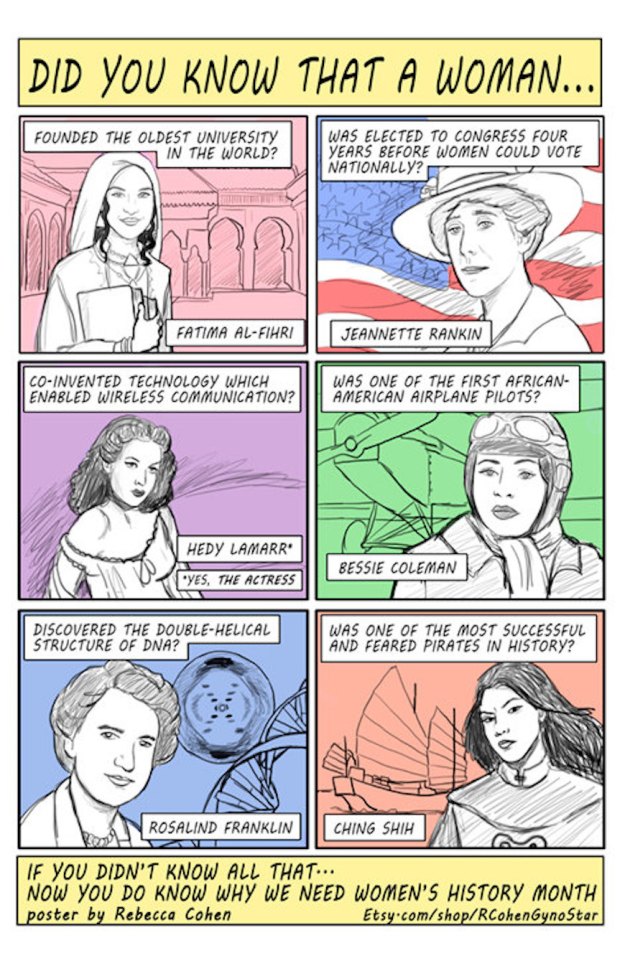